10 Survival Skills Myths that Could get You Killed

Survival myths are all around us. They’re passed down from generation to generation, and we take them as fact.

In reality, most survival myths are completely false. Not only that, but if you believe in these myths, you could be putting yourself in serious danger.

1. Drinking your own urine

Drink your own pee only if there’s no other water available. Because while pee is sterile, it’s also full of toxins that your body is trying to get rid of through urination.

So drinking urine will just put those toxins back into your bloodstream, causing kidney problems and eventual death. Don’t do this unless you have NO other options. 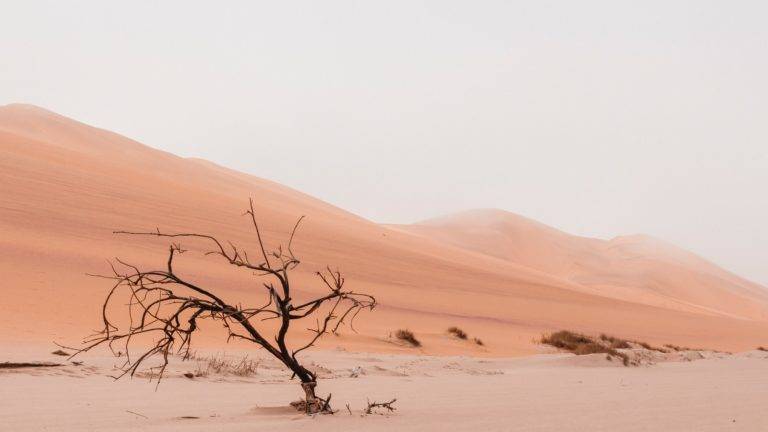 No way! It will lower your body temperature and can cause hypothermia faster than not eating at all!

However, if you have a fire going and melt the snow first, then yes—you can drink it without fear of lowering your body temperature too much.

In an absolute emergency, people have been known to survive by eating snow, but it should be considered an absolute last resort.

3. If you get lost, stay where you are

If you’re in an area where someone could possibly find you, then yes: Stay put so that when people come looking for you, they’ll be able to find you easily.

If you’re in a remote place where no one is really going to look for you, then it’s better to move around and try to find help than it is to just sit there waiting for death by dehydration or starvation—or worse, attacks from predators or other dangers like falling rocks or flash floods.

Experts recommend travelling slowly and methodically along streams or rivers until you reach civilization. 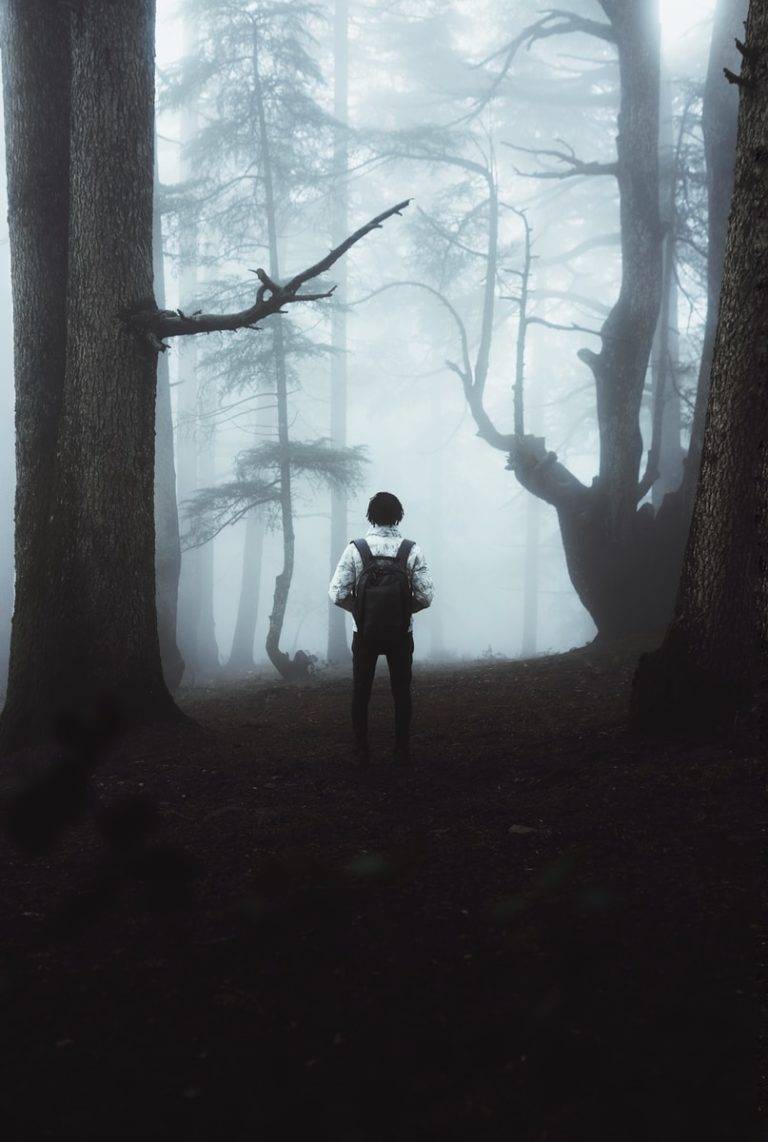 4. You need to eat something every day

We’ve all heard that our bodies will start shutting down if we don’t eat for more than three days, but medical professionals agree that this isn’t true. Without water, humans can only survive for three days at most—but food? It turns out we can go for much longer than that.

One study found that humans can survive up to 8 weeks without any food. So when push comes to shove, it’s important to prioritize water over food when trying to survive in the wild. 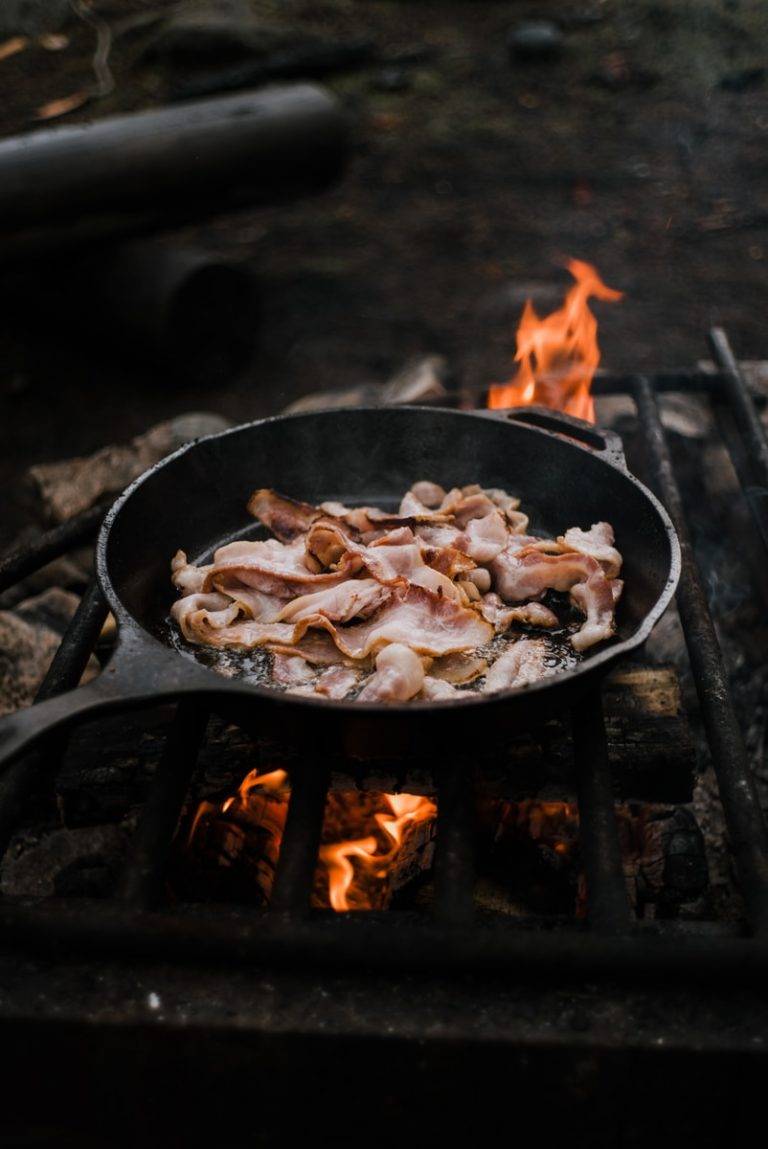 5. You can survive up to three weeks without food.

In contrast to the previous myth, you can survive for a long time without food, but only if you have plenty of water and are in good health. If you’re sick or injured, that time frame will decrease dramatically.

And without water? Five days at most. And while it’s true that some people have survived longer than that without eating or drinking, these cases are highly unusual. 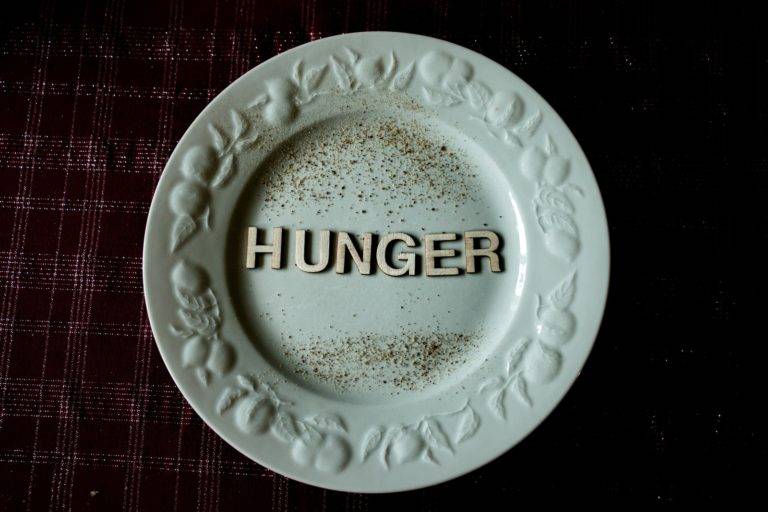 6. You can tell which way is north by looking at moss growing on trees.

There are many myths involving moss and the directions—including that moss only grows on the north side of trees—but none of them are true!

Moss doesn’t always grow on the north side of trees, and even if it did, it wouldn’t necessarily be an accurate indicator of which way is north.

7. You should play dead when a bear attacks

If a bear attacks, you need to fight back. Running away is useless since bears are faster than humans, and playing dead isn’t actually going to help, either.

Instead, try hitting the bear in the face with anything you have nearby (a rock, your fists), and try to make as loud and scary of a noise as possible. 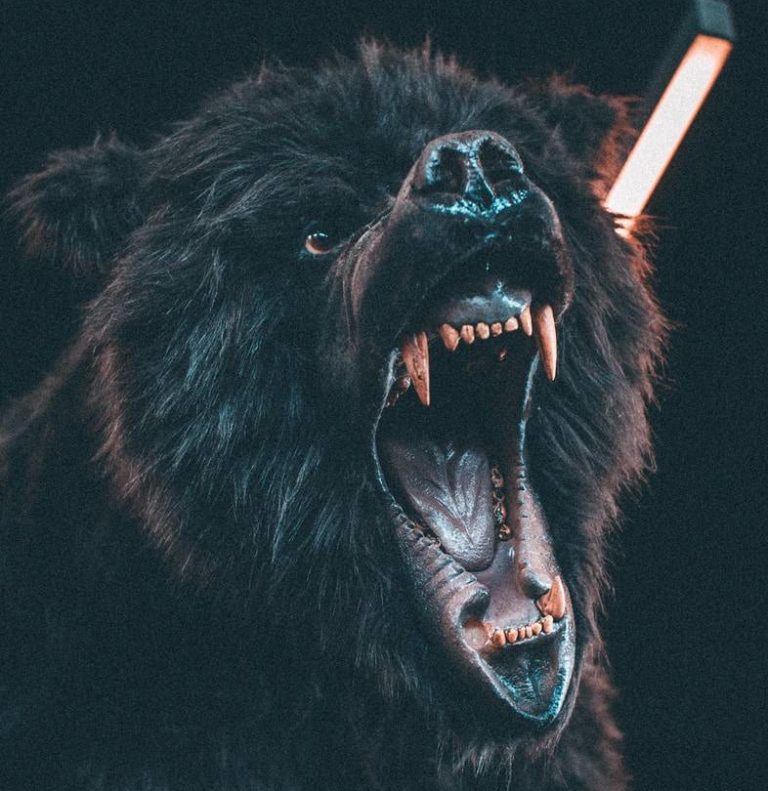 8. Rub two sticks together if you don't have matches

It looks easy on TV, but rubbing two sticks together is one of the hardest ways to start a fire—not only do you need very specific kinds of wood that work well together, but you also need a lot of patience and strength.

Even for the most seasoned adventurer, this can be difficult. Instead, always have a few different fire lighting methods in your pack. We favour the ferrocerium rod. 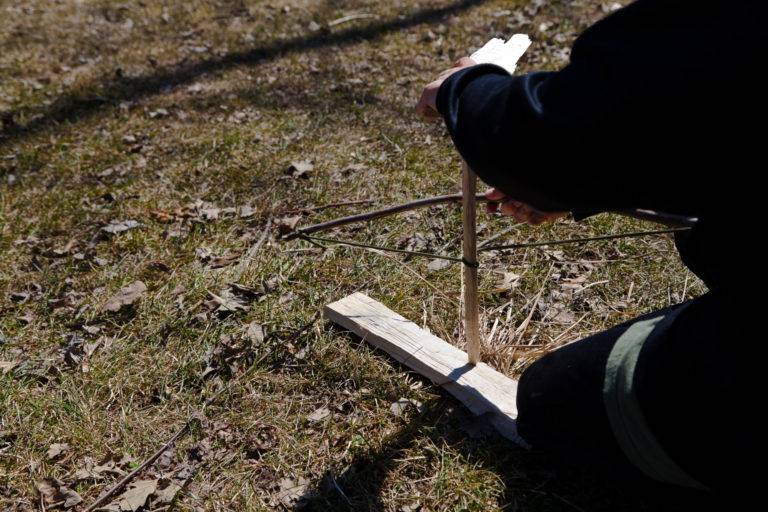 9. Suck the venom out of a snakebite

The idea of sucking the poison out of a snake-bite wound is so common and instinctual that it’s been made into a meme. But the truth is, sucking out snake-bite venom is not only ineffective, but it can actually make things worse.

Your saliva might be slightly antiseptic, but it won’t be enough to counteract the venom in any meaningful way. Plus, sucking on the wound will cause more blood flow around the bite, which means that the toxin will spread faster than if you just left it alone. 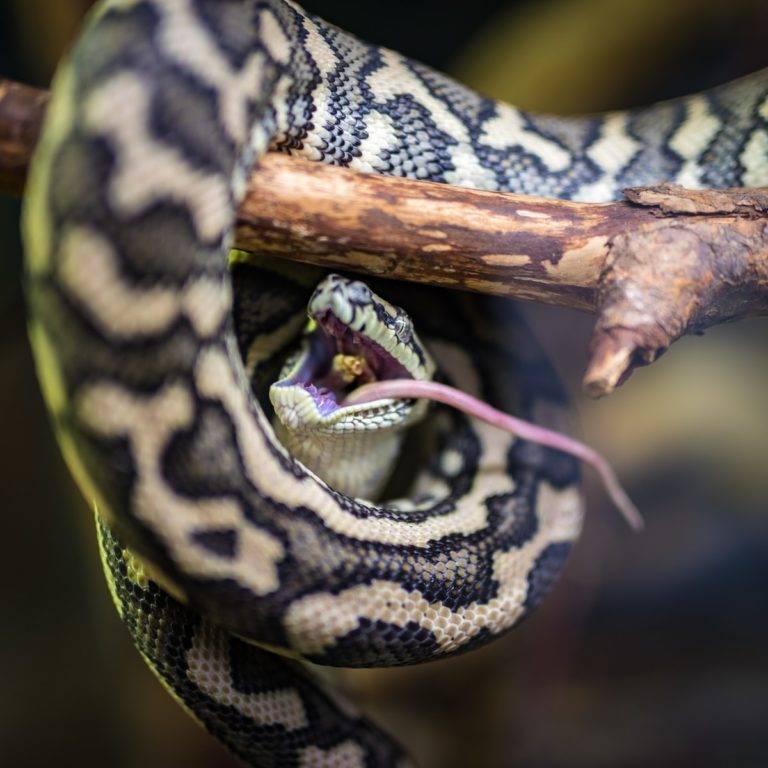 There are a few things you should do if you get bitten by a snake: Try to identify the snake so that you can tell medical professionals; stay calm and keep your heart rate low; keep the limb below the heart, and get to a hospital as soon as possible.

10. If an animal eats something, it’s safe to eat

You might not know that there’s a whole world of berries and mushrooms out there that are toxic to human beings but perfectly safe for our avian and rodent pals.

For instance, if you’ve ever seen a bluebird snacking on the berries of an Eastern red cedar tree (also known as Juniperus virginiana), you’ve probably also seen how adorable they look chomping down on those little purplish-blue morsels. But don’t be fooled! Those berries are poisonous to humans. Eating too many could cause vomiting, diarrhea, weakness, and confusion. 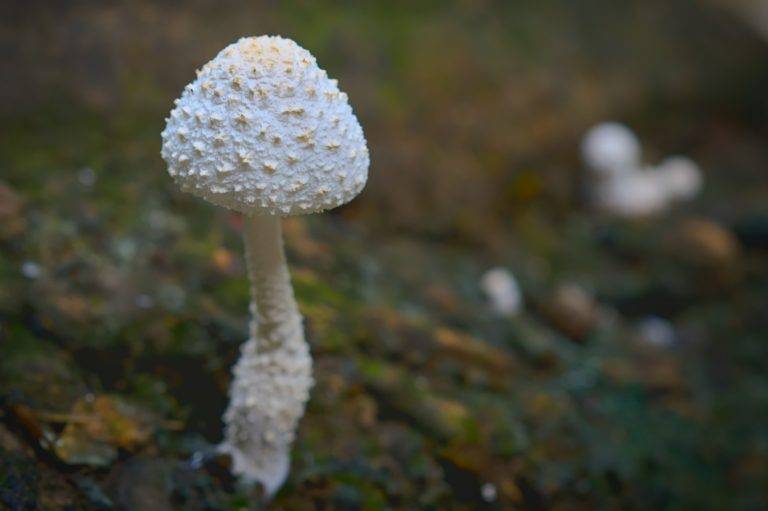 The same thing goes for the bright red berries of the yew tree—those are popular with birds like waxwings, but don’t let their striking color fool you into grabbing one off the ground and popping it in your mouth. They’re toxic to people!

This same principle applies to certain mushrooms. While squirrels love the false morel mushroom (also known as Gyromitra esculenta), it’s very dangerous for humans. It can lead to kidney damage and even death.

With so many survival myths out there, it can be very confusing to know what’s fact and what’s not. Our best advice: Do some more research before venturing out, especially on longer trips. Always stay within your comfort zone, and do your very best to be prepared for the environment you plan to explore. 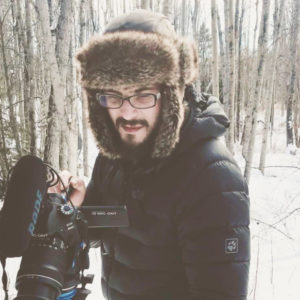 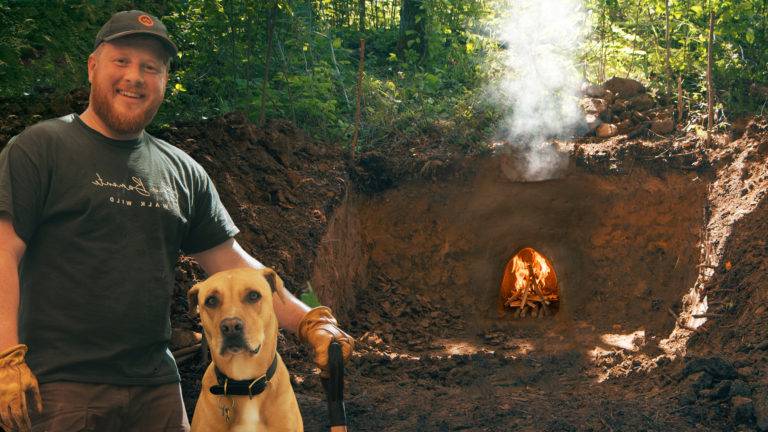 What was the goal of this trip? In this week’s trip, we wanted to make a start on the Bushcraft Dugout shelter that we marked… 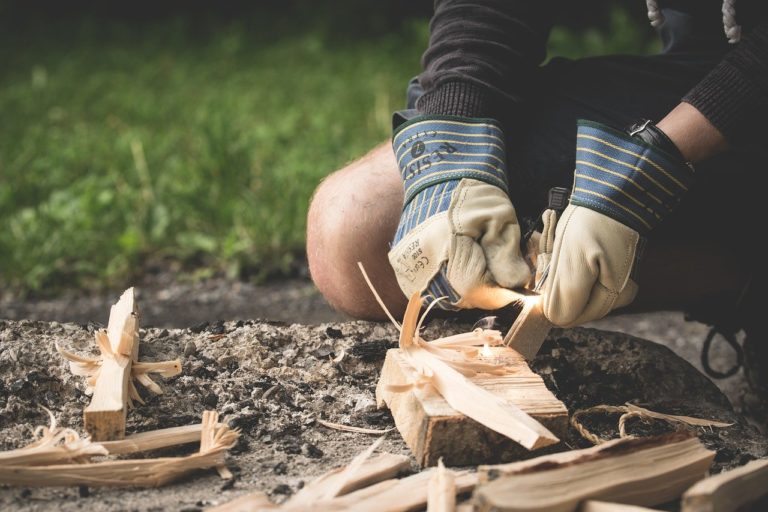 4 Bushcraft Activities to Practice in Your Backyard

Learning bushcraft skills is one of the best ways to make your outdoor adventures more fun and rewarding. Whether you’re into camping, hiking, fishing or… 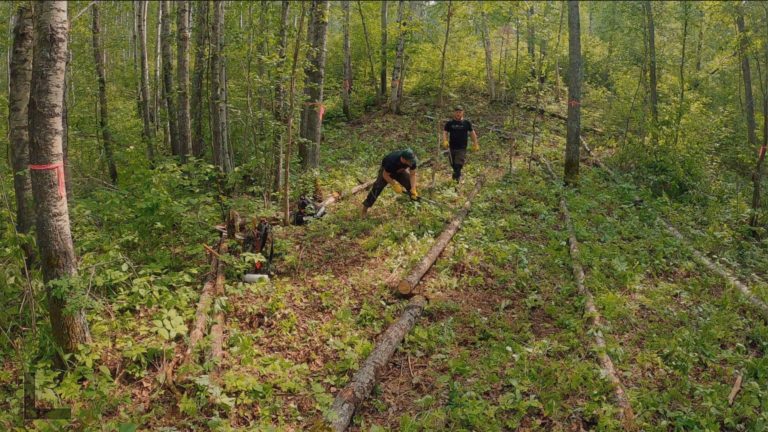 What was the goal of this trip? It’s been four or five years since we took on a large-scale bushcraft project like building a Bushcraft…

“The opportunity to pass on the knowledge I have gained from my years exploring the bush brings a great sense of fulfillment to my life.” – Bow Bamonte
Join our newsletter today.

Made with ♡ by Dream Engine

Never Miss another Post and stay up to date on Walk Wild adventures.